Many believed that the leadership of the wise king Lefante would pave the way for an era of peace for Prince Kyle and the people of Ixtona, but now…

Kyle, the compassionate young prince caught up in plots and conspiracies that have thrown him head-first into a battle that will ultimately decide the fate of his kingdom.

Character Creation
The main character and hired character’s
・Face graphics
・Battle voice
・Class
can all be assigned and/or changed by the player.

Strategy
Powerful melee and ranged attacks, restorative and destructive magic…
Players can use their skills to the best of their abilities to execute strategies and achieve victory.

Village Expansion
Players can invest in the village that will serve as their base to research and develop new weapons and armor.

Create powerful weapons that will give you an edge in battle.

Class/Ability System
Increasing your class level will allow you to take on higher-level classes.
Equip up to three Abilities onto each character to ensure that you’re sending your strongest possible party into the field.

A splendid cut-in will mark the beginning of the end for your enemies.

[Supported OS] – 2.2 to 5.1
[Supported Screens] – HVGA (320×480) and up
[Game Controller Compatibility] – Compatible*
*As featured in TegraZone
[Xperia(TM) PLAY] – Not optimized
[SD Card Storage] – Enabled
[Languages] – English, Japanese
[Non-Supported Devices] This app has generally been tested to work on any mobile device released in Japan. We cannot guarantee support on other devices. 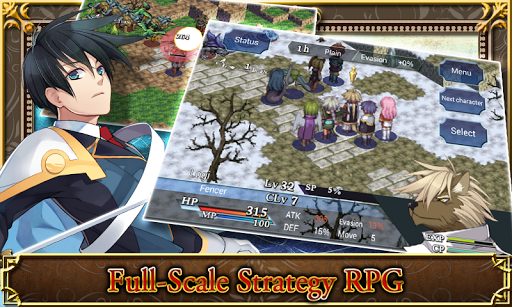 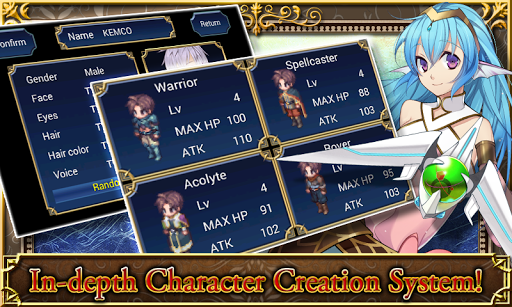 What’s New
*Please contact android@kemco.jp if you discover any bugs or problems with the application. Note that we do not respond to bug reports left in application reviews.
ver.1.1.1g
– Optimized for Game Controllers
ver.1.1.0g
– Added English version