However, in fairness to RIM, they have their mind set on BlackBerry 10. Last thing they needed to do for the last year is focus on theming software that won’t be available for BB10. RIM realized this, and put a stop on the Theme Studio for OS 7 project.

Keep in mind, this 7.1 Beta version has it’s fair share of bugs. That’s not to say you won’t be able to create a working BlackBerry 7 theme for your device. It just won’t be bug free.

You can also export the theme(s) for OS 7.0 or OS 7.1 compatibility. This is the latest Beta Theme Studio (AKA Theme Builder) version from RIM which they decided not to finish and release unto the dev community. This decision sparked outrage among the theme dev community, as RIM previously stated multiple times that Theme Studio would be released for OS 7 support. 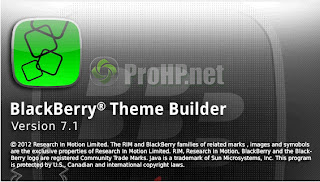 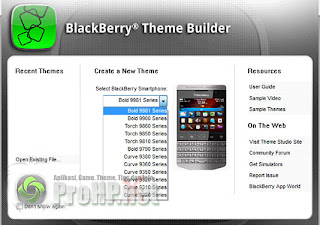 SACHESI v1.7.0 – September has a lot of new technology products are born pregnant, every …