Toy Defense 4: Sci-Fi v1.2 – Tremble! Robots are going to seize power over the universe! Feel the spirit of the ultimate space adventures and experience the most decisive battles in your life in the new thrilling tower defense game Toy Defense 4: Sci-Fi!

Put your skills as both a commander and a fighter to the ultimate test and save the galactic empire from the foreign oppressors! Repel attacks of robots and space crafts as you defend your base: recruit fearless soldiers, fortify armor, train cadets, and supply corps with the best weapon… It’s time to strut your stuff and accept the challenge of the epic intergalactic war!

Sense the cosmic significance of the battles you win — rush to the attack right now! There’s no time to ponder — the future of the whole universe is now in your hands! 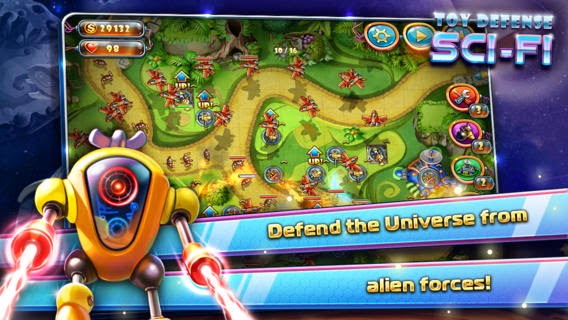 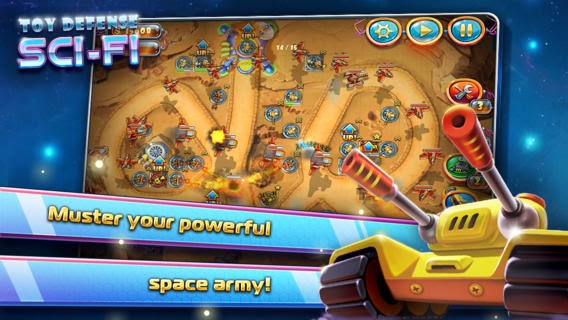 What’s New:
The time has come… Base upgrades have been added to the game!
– Upgrade your base now and build super-powerful barriers to stop your enemy’s assault:

Mines to blow enemy troops to pieces;
Power-fences to stop assailants;
Power-domes to protect the base from all types of attacks.
They shall not pass!
– Increase your towers’ damage! Enhance your turret, flame-thrower, cannon or flak cannon to maximize their power for one round.

– Bonus offers are now available in the store! Log into the game and get far more stars for the same price for 24 hours!