Thor: The Dark World v1.2.0 – Malekith, the lord of the Dark Elves and ancient enemy of Asgard, leads an invasion to destroy the Nine Worlds! Thor must race to stop the Dark Elves from plunging the universe into darkness! Join forces with Asgard’s greatest warriors and embark on an epic quest to stop Malekith’s dark ambitions and restore order to the Nine Worlds.

HEROES OF ASGARD
– Train and fight alongside legendary Asgardians such as Sif, Heimdall and the Warriors Three.
– Summon 7 types of Einherjar, valiant Asgardian warriors, to help you tactically bring down foes.
– Upgrade and unleash your allies’ unique abilities, such as teleportation and healing.

DANGER THROUGHOUT THE WORLD TREE
– Complete 90 fast-paced missions, each with different challenges and goals.
– Traverse the Realms that are under siege by the Marauders and Dark Elves, and free them with your Allies.
– Face down an unrelenting onslaught of Jotuns, Marauders, Rock Giants, Dark Elves, and more.

PREPARE FOR BATTLE
– Unlock and upgrade 10 powerful hammers and armor sets for Thor.
– Learn new devastating special skills for Thor and then decide which to upgrade and equip for battle. 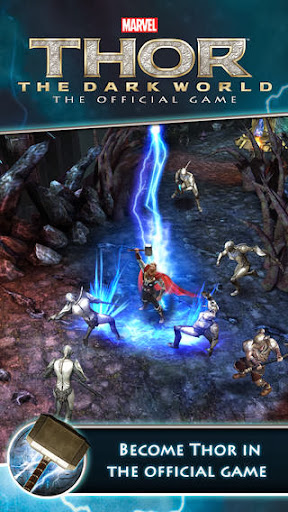 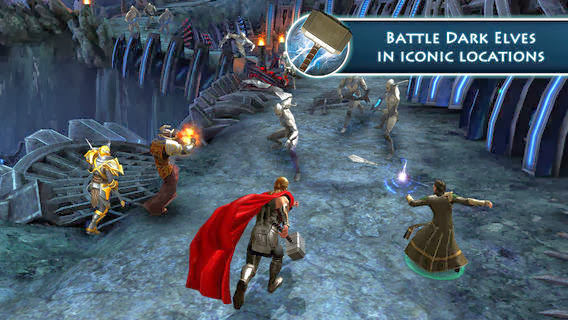 What’s New in Version 1.2.0
A NEW WAY TO PLAY
– By popular request, you can now control the God of Thunder using a virtual D-Pad.

NEW HAMMERS FOR SMITING THE DARK ELVES AND THEIR NEW WEAPONS
– Wield the awesome might of Ultimate Mjolnir, and Beta Ray Bill’s own Stormbreaker!
– Beware the new and sinister Vanisher that can literally suck you into oblivion!