Appointment With F.E.A.R. v1.04 for iPhone/iPad

Appointment With F.E.A.R. – Travel back to the 1980s as a superpowered defender of justice in this all-new edition of Steve Jackson’s Appointment With F.E.A.R.! This dynamic edition is stylized as an interactive graphic novel. Your choices guide you towards new villains, super dilemmas, and ultimately, the Titanium Cyborg himself!

As Titan City’s courageous and incorruptible champion of law and order, use your super powers to protect its innocent citizens from the danger and
deviousness of a host of super-villains bent on taking over the world!

Your mission is to discover the location of the top-secret F.E.A.R. meeting, capture the Titanium Cyborg and his cohorts and bring them to justice.

** FEATURES **
• Customize your CHARACTER and COSTUME!
• Choose your gender for a fully customizable SUPER HERO!
• Different SUPER POWERS to choose from which give unique styles of play!
• Awesome COMIC BOOK stylized presentation! A graphic novel which YOU control!
• Solve crimes by discovering CLUES and using your high-tech CRIME WATCH.
• Over thirty SUPERVILLAINS to fight! Beat TIGER CAT, CHAINSAW BRONSKI and MORE!

Tin Man Games have signed a licensing deal to release the Fighting Fantasy series on iOS, so expect to see more of your favourite adventure gamebooks appearing soon! 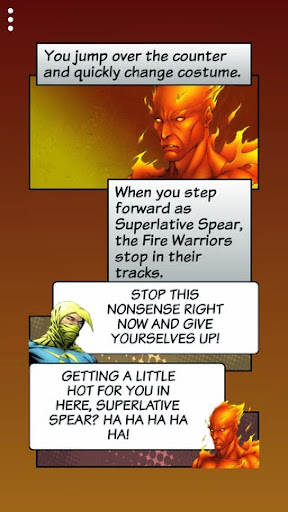 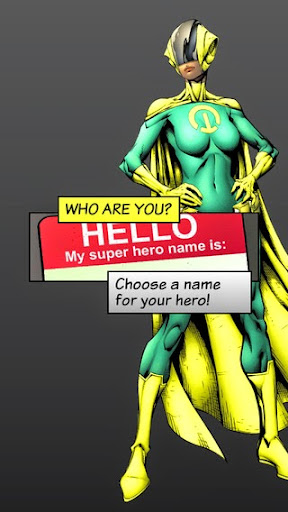 What’s New in Version 1.04
Your CRIMEWATCH is beeping!

Attention Crimefighters! The Minions at Tin HQ have found and eradicated some more pesky bugs!

* When you turn the sound effects off, now ALL sound effects will actually turn off. Fight crime at work in ninja mode!
* Issues that some of our european localized players were having should all be fixed
* F.E.A.R. cards should always be saved now! Collect them all!
* a heap of other stability and compatibility improvements