Bike Rivals v1.2.1 – Be the most intense, competitive and quickest rider in order to get the 3 stars on all the levels, while enjoying the amazing bike physics and fast-paced gameplay! But this isn’t just about finishing each level…it’s about getting the fastest time! Try your best to beat the clock!

With simple controls, tap on the edges of the screen to accelerate and brake, while tilting the device to lean backwards or forward, giving you an edge in key sections of the levels. Take on the death defying worlds of Trial Zone and Apocalypse, with their numerous dynamic elements that make this game very challenging!

Perform tricks like wheelies, backflips and frontflips to get some nitro boosts, or pick them up throughout the levels! Use them wisely, and you’ll get even better race times! 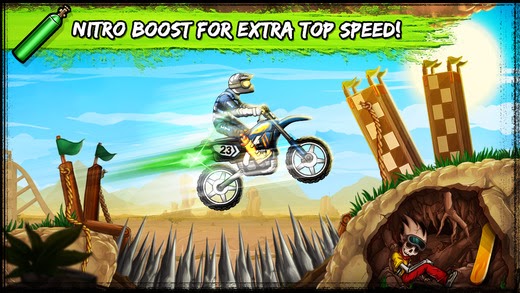 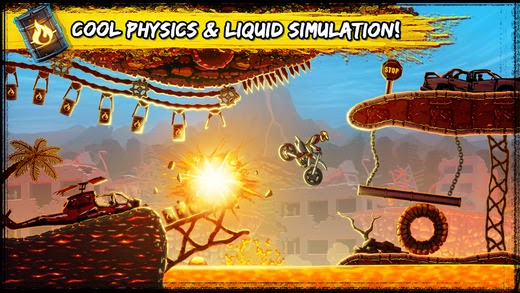 What’s New in Version 1.2.1
Here it is – the Christmas Special update! Featuring:
• A new bike! Ride with the coolest Santa ever!
• A dangerous and crazy Yeti
• 15 new levels! Can you get the three stars on all of them?