Real Boxing v1.8.0 – Real Boxing™ brings you the most exhilarating, no holds barred fighting ever seen on the App Store. Featuring ultra-realistic motion capture from real boxers plus amazing graphics from the powerful Unreal Engine, you’ll feel every hook, jab and uppercut in each combo you unleash upon your opponent – now more exciting than ever with the new Combo Update. You can get even more physical by using a range of iOS7 controllers to play Real Boxing. In-depth multiplayer lets you duke it out against other gamers around the world, with new tournaments featuring unique rules updated weekly. Victors of the weekly tournaments can win big, with everything from real world prizes and Real Boxing merchandise, to in-game currency and new content on offer.

ASTONISHING 3D GRAPHICS & SOUND
The amazing Unreal-powered graphics and motion capture create astonishing levels of atmosphere and realism. Watch sweat and blood fly with every punch and see your opponent’s face take injuries- then relish to slow-mo action replay of your greatest KO’s. See and hear the crowd go crazy as you outbox your opponent across multiple arenas including Las Vegas, Moscow’s Red Square, Rome Colosseum, New York, London and many more.

REAL-TIME MULTIPLAYER THRILLS
Take your skills to the next level and enjoy hundreds of hours more gameplay in the feature-packed multiplayer mode. Bet virtual currency on your fights as well as buy lottery tickets for a temporary stats boost. Take part in weekly tournaments featuring original and challenging rule sets, with a chance to win big prizes, both in-game and real world, for boxing your way to the top over seven days. Share your results, check weekly tournament positions and get a sneak peek at upcoming challenges via Facebook. Take friendly rivalry to a whole new level with the Social Panel.

INCREDIBLY DEEP GAMEPLAY
Take-on Career Mode with over 30 fights and three belt titles to conquer. Fight over 30 opponents with their own unique and adaptive fighting styles then train your boxer with mini games including skipping rope, heavy bag and mini bag. 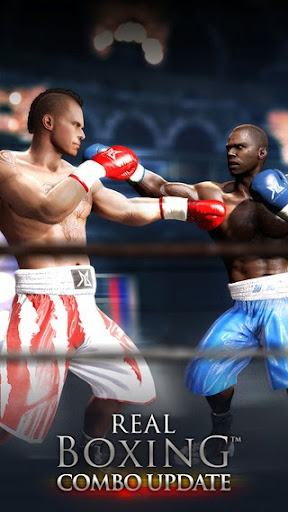 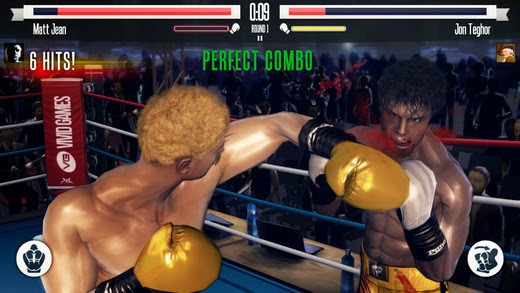