Battleheart Legacy v1.1.1 – The spirit of Battleheart returns, re-imagined! In Battleheart Legacy, you will explore a rich and detailed fantasy world, customize your unique hero with dozens of powerful skills and items, do battle with hordes of enemies, encounter quirky characters and discover the stories of a troubled realm. Will you become a powerful wizard, or a notorious rogue? A noble knight, or a savage barbarian? How will you forge your legacy?

••• Features •••
• A refined real-time combat system, based on the award-winning “Battleheart”. Move your character or attack your foes through simple taps, and unleash powerful special moves at the right moment to turn the tide of battle!
• Unparalleled animation and VFX make every battle a visual feast!
• An astounding 150+ unique skills across 12 classes to customize your character with. Poison your foes, crush them with giant two-handed weapons, put them to sleep with a song, or simply blow them up with a meteor strike. And with our unique multi-classing system, it’s possible to combine classes into a nearly limitless number of combinations.
• Over 200 unique pieces of equipment to further tailor your character’s play style.
• Incredible boss battles that will put your hero to the test!
• Use iCloud to transfer saved files from one device to another.
• Universal App.
• Game Center Achievements.
• Recommended Hardware – iPhone 4S, iPod touch 5th gen, iPad 2/mini or better 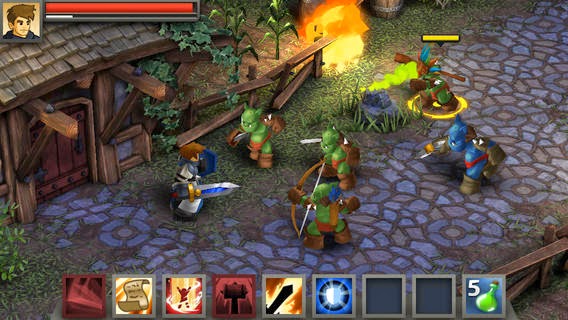 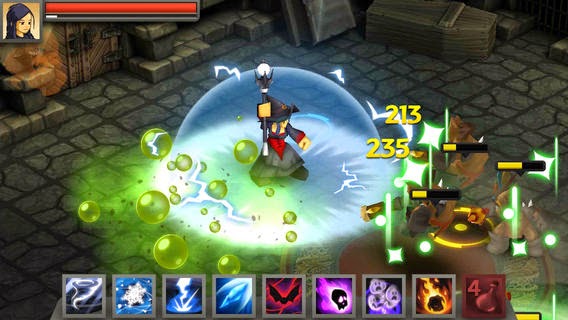 What’s New in Version 1.1.1
Fixes:
• Improved memory efficiency and load times, particularly on later levels with large numbers of enemies.
• Mana Strike (Battlemage) was not factoring in all buffs/multipliers, and doing less damage than intended. This has been corrected.
• Fixed a rare crash that could occur when summoning pets in the Solar Crystal Keeps.
• Fixed another crash that could occur from summoning pets almost anywhere.
• Fixed an issue with elemental resistances which would cause them to produce bizarre behavior, sometimes increasing damage instead of reducing it
• It is no longer possible to corrupt the random encounter with the fleeing ninja by dying in the middle of it after killing the head guardsman
• Fixed an issue where the player would become “stuck in combat” with a distant enemy on certain maps, making it impossible to open chests, spend stat points or access their character sheet
• The chest at the end of Rotten Mine is no longer locked incorrectly
• Gregor no longer lingers in the frost giant’s cave after you’ve already rescued him
• Summon Mummy (Necromancer) no longer has it’s cooldown screwed up until you overwrite the dead mummy with a skeleton
• The Monk trainer’s dialog no longer resets when she relocates from her starting point
• It’s no longer possible to do Rasmus’ quest chain more than once.
• Using teleport in the middle of another special move will no longer interrupt that special move, potentially causing bizarre results (like getting the game stuck in slow-motion).
• The castle steward in the Capital now actually marks the locations of the solar shards, instead of just saying he does. If you’ve already passed this point, you can talk to him again and have him “remind” you where they are.
• Fixed a crash which could occur if you entered a zone with your primary weapon slot completely empty, but with something in your offhand
• Summoned skeletons are no longer briefly invisible when first summoned
• Murdering certain quest givers with “crazy mode” will no longer trigger a crash after re-entering that zone