Desert Fox: The Battle of El Alameinfor v1.0.2 – Take control at the turning point of the battle for North Africa in this WWII strategy game. Will you hold the line as the Commonwealth or capture the Suez Canal as the Axis?

Command a grand campaign, making key decisions and controlling the final engagement. In the oppressive heat of the desert, supplies are running low. Do you wait for more, or make a desperate attack now with tired troops? Use mines, ridges, and depressions to your advantage in desert warfare against challenging AI or online opponents. Desert Fox, designed from the ground up for iPhone and iPad, is a thrilling wargame experience for both casual and veteran players.

Key Features:
•Command tanks, recon units, flak guns and more in strategic desert warfare
•Call the shots and decide when to attack or defend in campaign mode
•Learn the ropes through quick, guided tutorials
•Face off against distinct AI opponents, local friends, or players online
•Battle through two stand-alone scenarios in addition to the grand campaign
•Relive victories with replays, leaderboards, and achievements
•Improve your strategy with full rules and charts and tables
•Discover history with extensive historical photos and commentary
•Designed by Mark Herman, award-winning inventor of Washington’s War 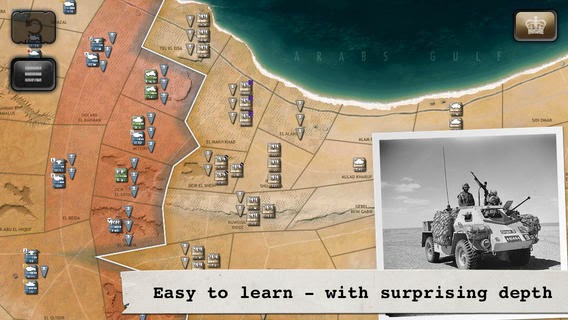 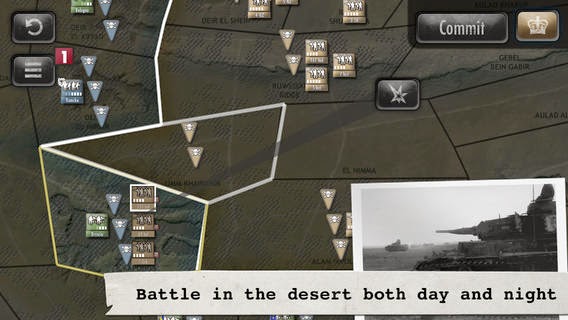