Godfire 1.1.1 A battle stirs the heavens as titan Prometheus attempts to steal the Godfire Spark – an object of unlimited power, forged in the heavens and jealously guarded by the gods. As the Spark gets lost in the chaos, a race against time begins, with Prometheus facing insurmountable odds, and the fate of mankind resting in the balance.

VICIOUS COMBAT AGAINST MULTIPLE ENEMIES
Fight hordes of enemies using a dynamic, free-flow combat system. Unleash devastating wrath attacks to obliterate foes. Move around the battlefield and turn your enemies’ attacks against them.

NEXT-GEN QUALITY GRAPHICS
Witness jaw-dropping visuals created in collaboration with the Oscar-nominated animation studio Platige Image, incredibly fluid motion captured animations, and overall fidelity that destroys the boundaries of what is possible on mobile thanks to the power of Unreal Engine.

EASY TO PLAY, HARD TO MASTER
Engage yourself in gameplay suited to players of any skill with a variety of difficulty modes to choose from, each offering new rewards and items.

EPIC STORY
Immerse yourself in the story of Prometheus, with dialogues voiced by professional actors and fully featured cutscenes.

SURVIVAL MODE
Give yourself to battle in a highly addictive Survival Mode as you fight countless waves of bloodthirsty enemies, earn power-ups, and compete with friends and the world in a variety of leaderboards.

ENDLESS CUSTOMIZATION
Level up Prometheus’ skills and discover a huge array of upgradable weapons, armor, and magical items and make the experience your own.

ACHIEVEMENTS & RANKS
More than 40 achievements to unlock and ranks to gain.

EVERY FLAME BEGINS WITH A SPARK… FULFILL YOUR DESTINY! 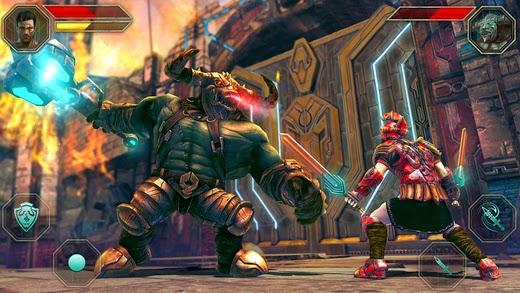 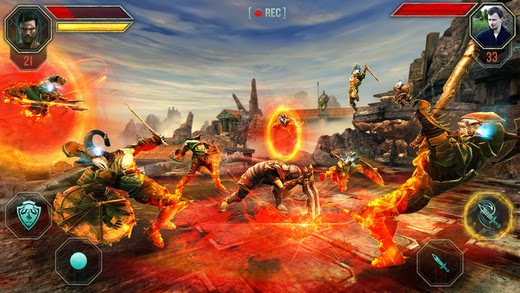 Requirements:
Requires iOS 7.0 or later. Compatible with iPhone, iPad, and iPod touch. This app is optimized for iPhone 5.

Instructions:
1. Download the file
2. make a backup from /Documents
3. Copy and paste the downloaded file in /var/mobile/Applications/Godfire/Documents
4. Launch game
Done and Have fun!