SemiRestore7 for iOS 7 – SemiRestore7 for iOS 7 is now available in the market. It allows users to easily swipe their device without losing their jailbreak support. It initially launched for iOS 6 running devices, but later developer CoolStar decided to continuously updating it as proper utility for iOS users.

SemiRestore for iOS 7 is now available to download for Windows users, and it allows iPhone, iPad users to easily restore their devices to brand new OS without losing jailbreak status. 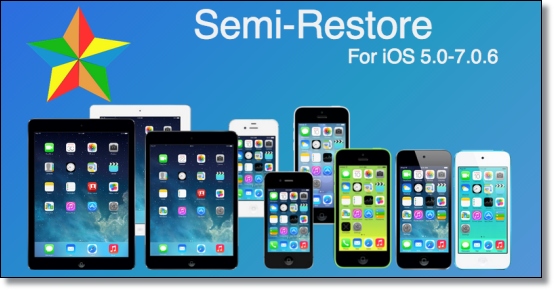 In case if you don’t know about SemiRestore utility, it is an awesome tool that allows you clean bad / broken files from your iOS device and avoid next generation iOS 7.1 update on your device. It is very usable in case where you put your device in recovery mode; other loop due to some tweaks or changes in your system files.

SemiRestore7 for iOS 7 requires an OpenSSH on your device, so it connects to the iPhone or iPad via SSH connection and remove all the junk files to make it near stock condition. It is merit mentioning here that Mac and Linux version of the system is currently in development, but CoolStar will release an update soon to both OSes versions. 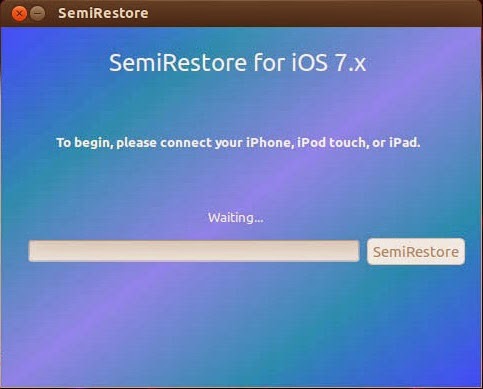 Requirements
-5-10 minutes of your time!
-OpenSSH installed on your device
-A computer running Windows or Linux

Important! Read this or you may regret it!
-SemiRestore supports Windows XP SP3 or higher.
-Windows users must have iTunes, and .NET 3.5 or higher installed.
-There may be a better way to fix your current problem. For example, to fix “Safe Mode” issues, you can just uninstall Mobile Substrate from Cydia.
-Like any other restore, make sure you backup your data if you want it later.
-Avoid using your iOS device or anything related to iTunes or XCode during the Semi-Restore. Why not actually go outside?
-This process can not and does not repair broken system files! Avoid all Siri Ports, as they are not only illegal (except for Spire on 5.0.1) but they also create problems and may potentially break system files (even Spire can cause this).
-Your device will respring or reboot several times during the Semi-Restore. This is perfectly normal, so don’t panic.

FAQ
Q : Can I use this to go from firmware x to firmware y?
A : No, this only allows you to go to a fresh version of your current firmware.

Q: Do I need SHSH blobs or APTickets for this semi-restore?
A: No, since this is not a full restore and is at the userland level, this doesn’t require blobs.